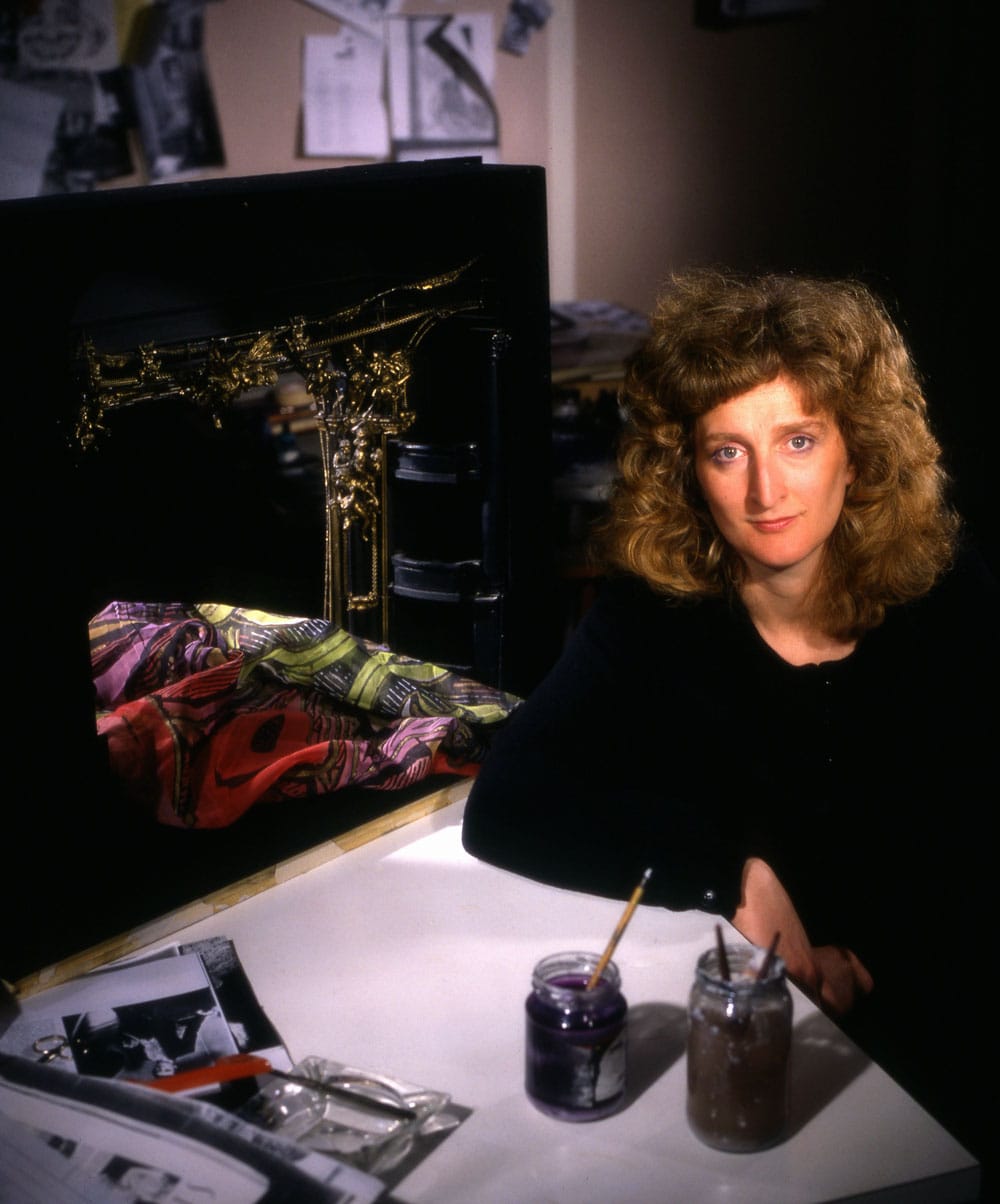 Maria Björnson was a brilliant theatre, ballet and opera designer who died suddenly in 2002 at the age of 53.

Her best known – and still much admired – design was for Phantom of the Opera, for which she received two Tony Awards, two Outer Critics’ Circle Awards and two Drama Critics’ Awards, all for Best Costume and Set.

Apply to the Fund.

Applications for support should be made to:

The trustees of the Fund are:

Bob is a theatre designer and director. His designs for the National Theatre include The History Boys and Carousel (Tony Awards); for the Royal Shakespeare Company over twenty-five productions including Les Liaisons Dangereuses; for Broadway Disney’s Aladdin, Aida (Tony Award), Tarzan, Mary Poppins (Tony Award), The Year of Magical Thinking, Coast of Utopia (Tony Award) and Once (Tony Award). Other designs include My Name is Lucy Barton, The Inheritance, An American in Paris (Broadway/London/Paris/Tony Award/Olivier Award), The Audience (West End/Broadway), and Skylight (West End/Broadway).

He received The Royal Designer for Industry Award and the Robert L.B. Tobin Award for Lifetime Achievement in Theatrical Design.

Richard has worked in theatre, film and opera for 50 years. He was producer of BBC TV’s Play for Today from 1978-81 and was director of the National Theatre in 1988 to 1997. He has directed operas at the Royal Opera House and at the Metropolitan Opera, written five books and directed several feature films.

Ida Levine is a principal with Two Rivers Associates Limited consulting on policy, strategy and governance. She also sits on the Board of the Impact Investing Institute and serves as its Lead Expert on Policy. Ida is a founding Board Director of the Investor Forum and serves on the Financial Markets Law Committee (FMLC) and Advisory Board of the UCLA Institute for Carbon Management.

Previously Ida was Board Director, Senior Vice President and Senior Counsel for the Capital Group/American Funds in Europe and founded its European Public Policy function. Before Capital Group she was European Counsel for JP Morgan Investment Management and a Partner at the international law firm Jones Day (London and New York).

Ida also sits on the Board of Trustees of the Royal Academy of Dance, Dancers Career Development (DCD), and the Deighton Family Foundation (Vannucci Residency Programme).

Simon has been a trustee of and legal advisor to the Maria Bjornson Memorial Fund since its creation in 2008. He is also Chair of The Handel House Trust and a trustee of numerous charities including The New English Ballet Theatre, The English Concert and The Michael Tippett Musical Foundation.